We are ready to unite with any power in Baloch national interests against China's imperialist ambitions: Khalil Baloch

We are ready to unite with any power in Baloch national interests against China's imperialist ambitions: Khalil Baloch

Baloch National Movement's chairman Khalil Baloch has said in a statement that the so-called economic project of China-Pakistan Economic Corridor is part of China’s global Belt and Road project under which China is working in Balochistan to achieve its strategic goals.

"CPEC project has been portrayed as an economic project by Pakistani parliamentary parties, including the National Party, who have secured financial incentives by supporting Pakistan and China. National Party has fully supported the Federal Government of Pakistan in negotiating to sell Balochistan to China under Nawaz Sharif's Government. Today, the time has proved that Pakistan has mortgaged most of Balochistan including Gwadar to China in order to maintain its occupation and crush the Baloch independence movement." said Khalil Baloch

He added, “This is an enigma of our national survival and the conspiracies are exposed to separate the Baloch coast from us in the coming years.”

Chairman Khalil Baloch said that since the day the Baloch leadership has continuously notified the world that, China is rapidly building a naval base on the Baloch coast and in future Jewani and Gwadar will be important bases of the Chinese navy. Sadly, the world powers, including India, have either ignored the Baloch national voice or they have compromised with China for their Short-term economic interests.

He said that China is gaining ground in Balochistan and becoming a new colonial power in the region. Thousands of Chinese are already in different areas of Balochistan including Gwadar and Saindak to complete the CPEC and Saindak projects.

The "Forbes" journal has revealed Chinese military compound in Gwadar by affirming our position that, China is strengthening its military bases at an important strategic location like Gwadar under the umbra of economic projects. Several large military bases are being built. In the future, the Chinese invasion of the entire Baloch coast will be the most significant concern for the Baloch national existence and identity after the occupation of Pakistan.

Chairman Khalil Baloch said that the Baloch nation has suffered immensely from the resistance against the imperialist CPEC project. Many villages have been destroyed from the ground and aerial bombardment of the Pakistani army on the route of the CPEC project, thousands of families are forced to migrate and live in different areas. Many people have been detained and killed in torture cells. These brutalities are continued on a daily basis in Balochistan.

Chairman Khalil Baloch said that the world powers, including the countries of this region, should realize that the Chinese expansionist ambitions and military presence in Balochistan and on Baloch coast will not only affect the Baloch, rather, it will affect the countries of the region, including India, in particular, and the world in general. Chinese imperialist ambitions are not limited to the Baloch homeland, but the Belt and Road Initiative is a global project that has apparently divided the world. An important part of the Belt and Road Initiative consists of Gwadar port and CPEC. The Baloch nation will continue to resist all imperialist plans, including CPEC.

The Baloch nation has paid a huge price by opposing these projects and we will not hesitate to defend our land in the future, but this war must be fought by all the civilized world, including the countries of the region. We have made it clear on multiple occasions that the Baloch are willing to unite with any power in line with their national interests against China's imperialist ambitions.

We believe that further silence will bring destruction to the entire region, including the Baloch nation. 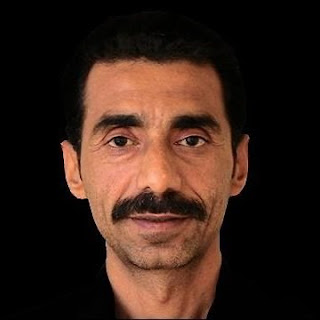