GUWAHATI: In a violent face off yesterday, June 16 between Indian and Chinese troops, at least 20 soldiers were killed. Indian intercepts have claimed that 43 Chinese soldiers also either lost their lives or were seriously injured. 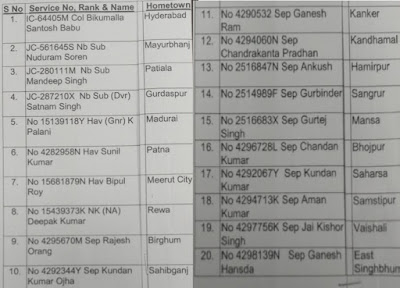 As  India reels with the loss of 20 soldiers in the Galwan Valley clash between Indian and Chinese Army, the Indian Army, on Wednesday, has released the list of the martyrs who lost their lives on June 15-16. While Colonel Santosh Babu and two other soldiers were killed in action at the Line of Actual Control, the other 17 injured soldiers succumbed to their injures in the sub-freezing temperatures of Ladakh. Both India and China are currently engaging in diplomatic and Army-level talks regarding the situation.
India-China faceoff: Army confirms disengagement at Galwan; 20 soldiers martyred in action

What happened in Galwan?

Indian Army soldiers including a Commanding Officer were martyred when a violent faceoff took place on Monday night when the de-escalation process was underway in the Galwan Valley. As per US intelligence reports, the Chinese side has suffered 35 casualties including a Commanding officer, during the physical clash. Sources revealed that an Indian colonel was attacked by Chinese Army personnel with iron rods without any provocation leading to a strong retaliation from the Indian side. This physical hand-to-hand combat went on for many hours on Monday, sources revealed. On Tuesday morning, senior commanders took stock of the situation and the talks started at about 7 am.
International News