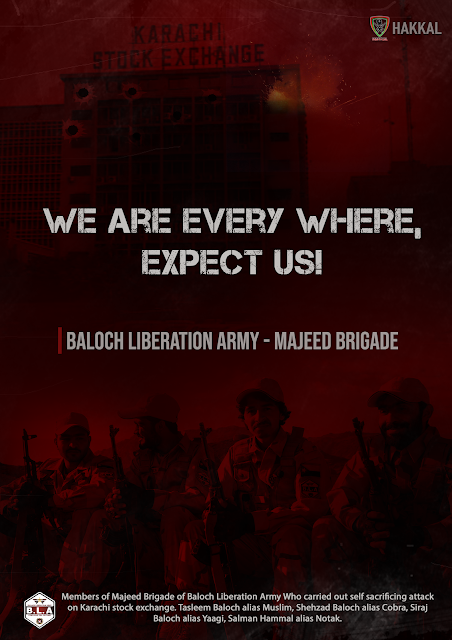 The attack was aimed at targeting Pakistan’s economy which stands on the seventy-two years of exploitation of Balochistan and the genocide of Baloch people. Majeed Brigade targeted Pakistani economy’s backbone at KSE. By this attack, we want to send a message that Pakistani economy which is based on the exploitation and blood of Baloch, no matter how secure Pakistan keeps it, Balochs are capable of attacking it anytime and anywhere.
Not only Pakistan but China is also directly involved in the exploitation of Balochistan’s resources. We had warned China to cease her expansionist and exploitative ambitions in Balochistan. In order to stop China from advancing, Majeed brigade has already attacked Chinese Engineers in Dalbandin, Chinese consulate in Karachi, and attacked Chinese delegates at PC hotel in Gwadar. China holds about 40% equity in the Pakistan stock exchange through the Shanghai stock exchange, Shenzhen stock exchange, and China financial future exchange. The attack was not only aimed at Pakistan’s economy but also China’s economic interests in retaliation of Chinese exploitative plans in Balochistan. If China continues to take part in Balochistan’s exploitation and assist Pakistan, Baloch Sarmachars(Freedom fighters) will intensify their attacks.

Today’s attack was carried out by BLA’s Majeed Brigade. Operation commander Salman Hammal alias Notak R/O Mand town of Turbat, Tasleem Baloch alias Muslim R/O Dasht town Turbat, Shehzad Baloch alias Cobra R/O Paroom town of Panjgoor and Siraj Kungur aliasYagi, R/O of Shapuk town of Turbat took part in the operation. They will be remembered in the history of Baloch resistance for an eternity. The young men were aware of the fact that national freedom and prosperity cannot be achieved without sacrifices and they followed the path of General Aslam Baloch like other martyrs to achieve that higher purpose.

Targeting the civilians is not a part of our war-philosophy and unlike our enemy, we do not measure the rate of success by counting the innocent lives taken but our success resides in targeting the defenders of the exploitative system and all its symbols. During the KSE attack, there were clear-cut orders for the attackers for not target civilians, neither use high explosives which could jeopardize the lives of civilians, we instead chose the day when there were almost no civilians on the premises of the main building. Our fidayeen (Sacrificial attackers) accomplished their mission with the least casualties to the civilian lives.
Baloch nation shares a common history with Sindhi nation. Today both the nations are fighting for the independence of their homelands against Pakistan. We had the complete support of Sindhi nation in today’s attack and it shows a strong brotherly bond between both the nations.
BLA wants to clear it to everyone that we will keep attacking Pakistani forces, its all economic and exploitative interests, and also the powers like China who assists Pakistani in its exploitative schemes. Majeed Brigade’s Baloch fighters are ready to hit the enemy targets with more intensity. If Pakistan does not end its occupation of Balochistan and China its exploitative plans, Baloch fidayeen can target these countries even more intensely next time.
Baloch Liberation Army Spokesman - Jeehand Baloch 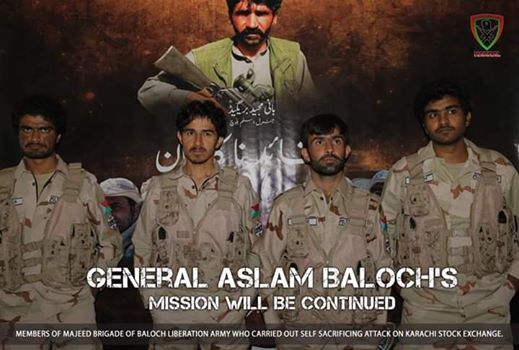 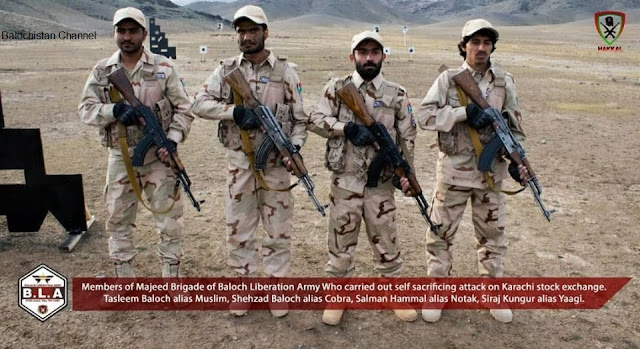 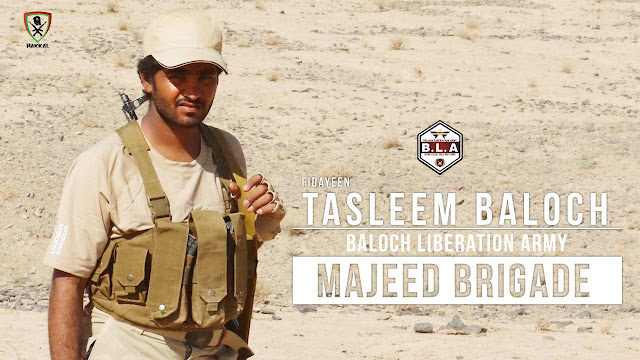 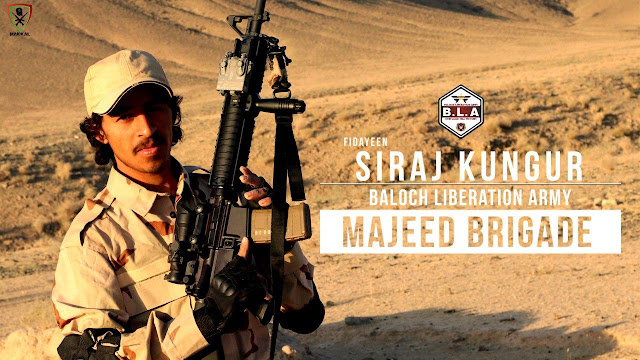 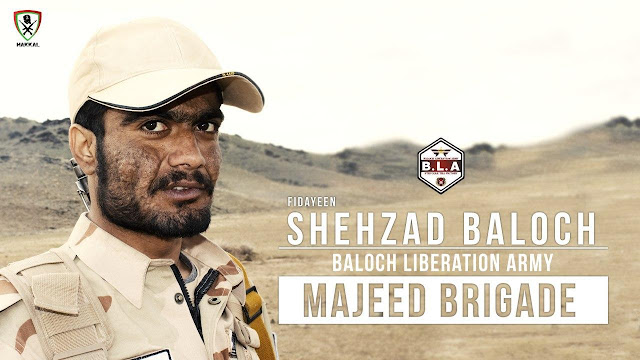 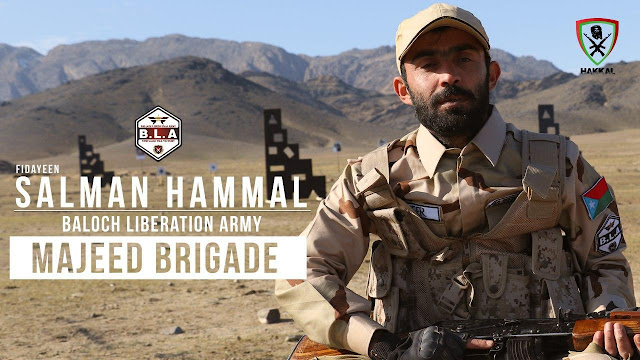