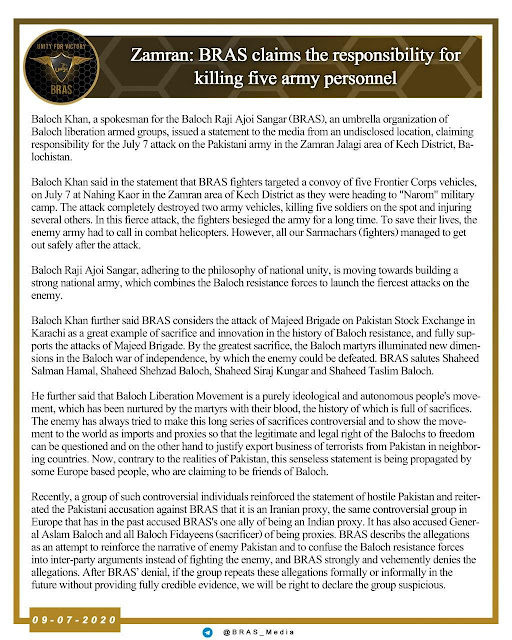 Baloch Khan, a spokesman for the Baloch Raji Ajoi Sangar (BRAS), an umbrella organization of Baloch liberation armed groups, issued a statement to the media from an undisclosed location, claiming responsibility for the July 7 attack on the Pakistani army in the Zamran Jalagi area of Kech District, Balochistan.  Baloch Khan said in the statement that BRAS fighters targeted a convoy of five Frontier Corps vehicles, on July 7 at Nahing Kaor in the Zamran area of Kech District as they were heading to "Narom" military camp. The attack completely destroyed two army vehicles, killing five soldiers on the spot and injuring several others. In this fierce attack, the fighters besieged the army for a long time. To save their lives, the enemy army had to call in combat helicopters. However, all our Sarmachars (fighters) managed to get out safely after the attack. Baloch Raji Ajoi Sangar, adhering to the philosophy of national unity, is moving towards building a strong national army, whic
Post a comment
Read more

Protest in Serbia Protesters clash with police over coronavirus restrictions 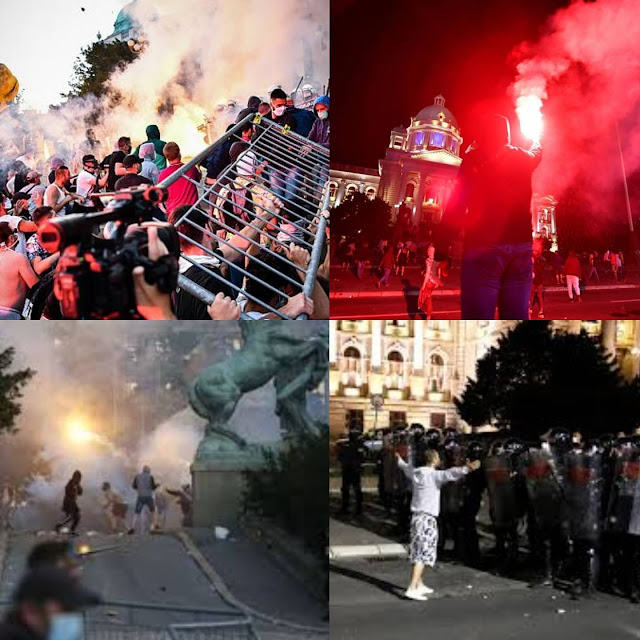 BELGRADE – Serbian police fired tear gas at anti-government protesters after being pelted with flares and stones on Wednesday as thousands protested in front of the Belgrade Parliament despite warnings that such gatherings could spread coronavirus infections. The evening before, violence erupted when a crowd stormed Parliament in protest of plans to reimpose a lockdown following a new spike in COVID-19 cases. Forty-three police officers and 17 protesters were injured and there were 23 arrests. Although President Aleksandar Vucic hinted Wednesday he may back down from his plan to introduce a weekend lockdown, demonstrators began gathering in front of the Serbian Parliament building around 6 pm. In his address to the nation Wednesday, Vucic called on people to stop attending anti-government rallies to avoid a further spread of the coronavirus. “There are no free beds in our hospitals. We will open new hospitals,” Vucic said. He accused far-right groups and unspecified regional “intelli
Post a comment
Read more 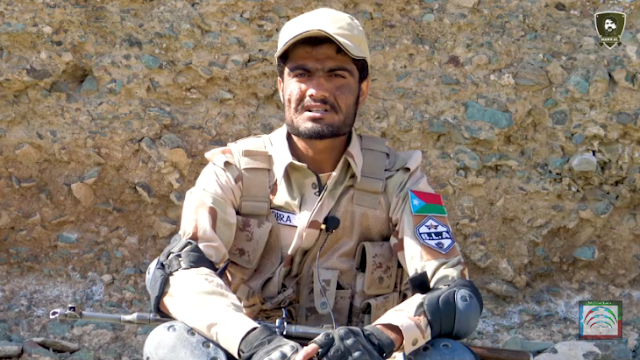 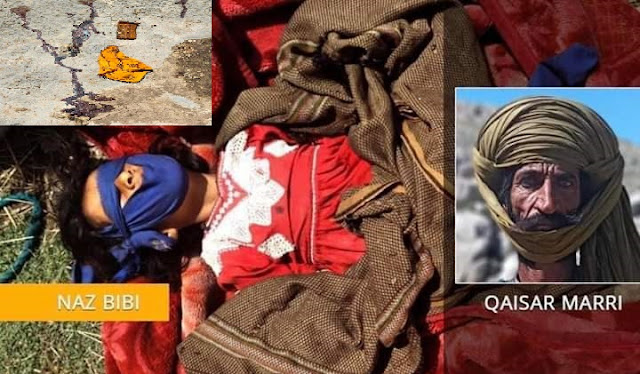 Pakistani security forces raided the house of Qaisar Chilgari Marri in Nishpa, Harnai in the early morning and forces looted the house and Qaisar was killed along with her daughter, daughter in law and 6-year-old grand daughter Naz Bibi and They also abducted & disappeared two sons of Qaisar Marri. so where is @UN with?? #JusticeForNazBibi The Pakistani military is targeting unarmed people as collective punishment. BNM The Central Spokesman of the Baloch National Movement condemned the barbarism of the Pakistani army in Harnai and said that the Pakistani army attacked Qaiser Chalgari's house in Nishpa area of ​​Harnai. In the attack, Qaiser Chalgari and two children got martyred, including his six-year-old granddaughter Naz Bibi. Apart from this, two young sons of Qaiser Chalgari have also been forcibly disappeared by the army.   The spokesman said that the Pakistani army had besieged a house in Harnai, killing not only two children, including an elderly man and his in
Post a comment
Read more 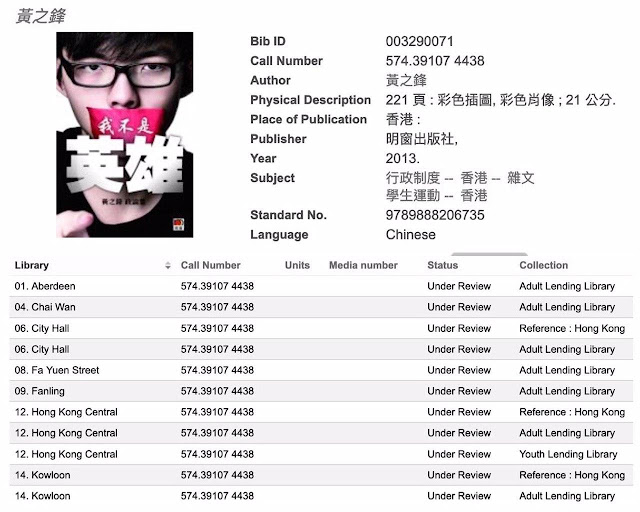 Books by pro-democracy figures have been removed from public libraries in Hong Kong in the wake of a controversial new security law. The works will be reviewed to see if they violate the new law, the authority which runs the libraries said. The legislation targets secession, subversion and terrorism with punishments of up to life in prison. Opponents say it erodes the territory's freedoms as a semi-autonomous region of China. Beijing rejects this. Hong Kong's sovereignty was handed back to China by Britain in 1997 and certain rights were supposed to be guaranteed for at least 50 years under the "one country, two systems" agreement. Since the security law came into effect on Tuesday, several leading pro-democracy activists have stepped down from their roles. One of them - one-time student leader and local legislator Nathan Law - has fled the territory. At least nine books have become unavailable or marked as "under review", according to the South China Mornin
Post a comment
Read more 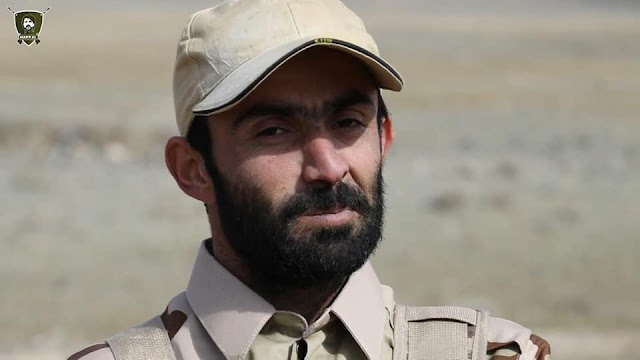